The Important Lesson I Learned From My Failed Startup 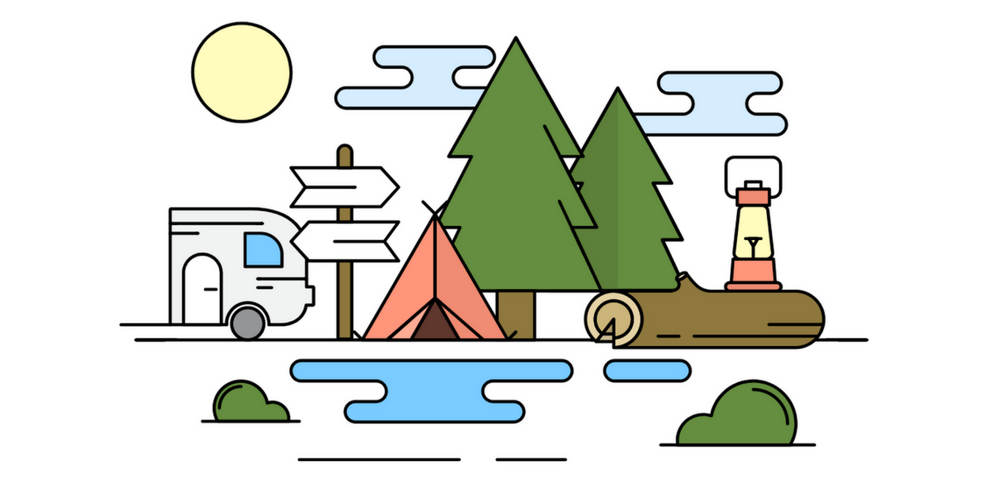 Growing up I always dreamed of owning a business. I had a strong desire to create something that both made me financially successful and helped people. So, after two years of attending an expensive college and learning about things I never thought I would actually use I dropped out in order to start my first business. Even though I had no idea what it was going to be.

A Spirit For Adventure Meets Entrepreneurship

One thing that has been a constant in my life was my love for travel, and with my new found freedom from college I decided to get out there as much as possible. Since I didn’t have the money for a plane ticket to some exotic distant land I decided to “start small” and travel to some of the national parks around me. A short 2 hour drive from my home was the Red River Gorge. A snaking canyon that spread over 20 square miles it was the place that I first came in contact with hiking, which my adventurous spirit fell in love with immediately. Over the course of the next few months I took many hiking trips to the Red River Gorge, Hocking Hills, and other popular hiking locations around my area, but I continued wanting bigger and better adventures. I started planning long hiking trips that would take multiple weeks and cross entire states. The issues was however that I lacked the necessary gear for a trip of that magnitude.

I realized that in order to be able to complete these multi day hikes I would need quite a bit of gear that I didn’t have money to buy. After sleeping on this issue for a couple of nights I realized that while I might not have the necessary gear, others did. So why couldn’t I just borrow it from them for my trips? It’s not like they were using it on a daily basis.

It didn’t take long for me to come up with the idea for my first startup, the one that I was sure was going to make me a millionaire before the age of 25 – Access Adventure: a peer to peer sharing platform for outdoor equipment or in other words the AirBnB of outdoor equipment.

Assembling An All Star Team

I had a vision, but what I didn’t have was someone who could actually make that vision come true. I called on some friends (a web developer and a designer) and after a little bit of convincing they signed on and we got to work. We created a cool logo and wire framed what the web platform would look like. We also started applying for startup accelerators so we could pour gasoline on our awesome startup.

We spent hundreds of hours working on the website and coming up with plans on how we were going to acquire customers. We wrote blog posts, created social media content, took “company” hiking trips, and a ton of other things…the thing we never did however was actually ask people if they were interested.

Finally after close to a year of work I had a meeting with a local businessman who was part of the startup community in Cincinnati, and he asked me a question that completely stumped me: “Have you talked to any potential customers?”

The truth was that while I had told all my friends and family about my idea I had never really talked to any potential users. I had been so fixated on building the platform that I had completely overlooked talking to the people who would actually be using it.

Before parting ways this businessman also suggested that I try and execute a trade without the web platform which at that point was several month away from being able to be released. He suggested I do it manually if necessary, but that it would be a good way to test the concept.

Immediately after this meeting I called up some friends that I knew were going on a trip and asked them if they were lacking any equipment. They while they already had a tent they needed a bigger one that could comfortably house them and their gear.

Now we were on to something.

The Most Painful Lesson Of All Is A Slow One

I rang up someone I knew that had a nice large tent and asked him if he would be willing to loan it to a friend of mine. The answer flipped my world upside down.

You see my friend didn’t want to loan out his nice, and very expensive, tent because he was afraid it would get damaged. Unlike apartments on AirBnB which rarely catch on fire, tents would sustain some wear and tear every time they were put down on the ground.

I felt like someone had just punched me in the face and dunked me under water. I had been so confident!

What my friend did have though was a cheap tent he had bought at Walmart. He said that he wouldn’t mind renting that one to someone for a couple of bucks per day. This made me feel a little better and with a renewed confidence I called my friends back to tell them that I had found them a tent.

Little did I know I was about to receive yet another blow, a direct kick to the groin.

I told my friends about the sweet deal I had gotten them and to my surprise they told me that they weren’t interested. They had done some research and for just $10 more than the price of renting this tent from my friend, they could actually buy that same tent from Walmart, which they would rather do since they could then use it whenever they wanted.

This was only the first of several conversations that ended the same way. My team and I had spent so many months trying to build something that was flawed at its core and it only took me a few conversations to realize this.

The big lesson I learned from this was to engineer a test of your idea in some way before ever spending time or money to build it. Try to find the simplest version of your idea and see if anyone is willing to actually give you money for it.

The other big lesson is to do so quickly.

The thing that frustrated me the most about the entire situation wasn’t necessarily that the idea had failed, but that I wasted so much time on it when I could have known in the first week that it probably wouldn’t work. Since then I have adopted the motto “Fail fast, fail often, and fail forward”.

This lesson doesn’t apply just to startups though, consider using it when launching a new product or service for your small business. Pick up the phone and call some past customers and ask them if they would be interested in your new service. Offer them a discounted price as an early adopter and see how it goes. This way you won’t waste your money coming up with services or products that people don’t want.