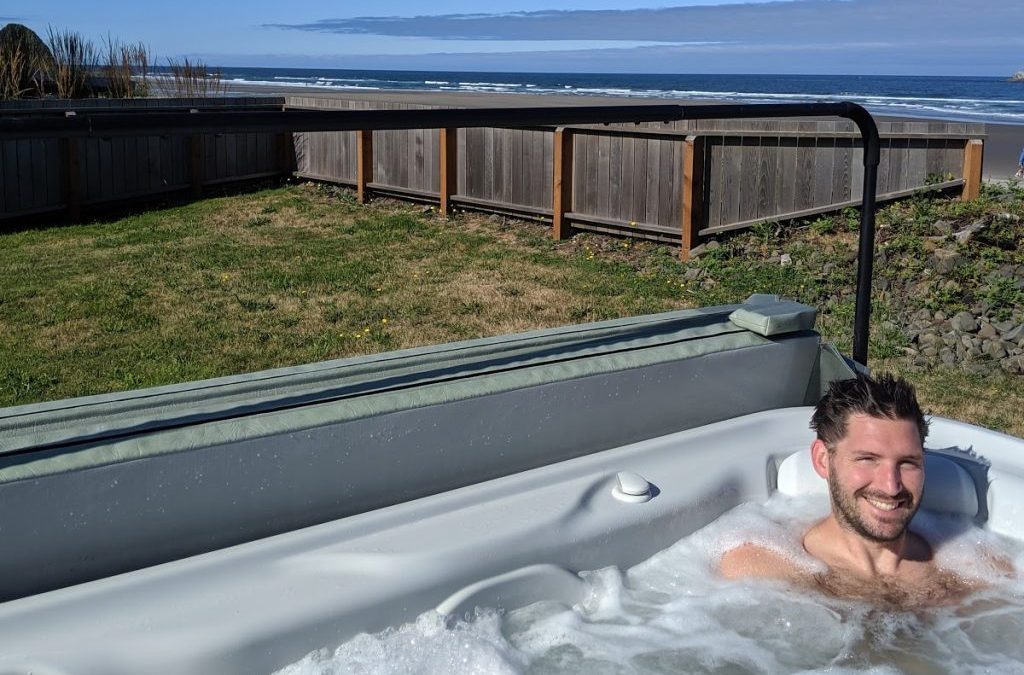 Apsos team member Bo Taylor is a 31 year old digital strategist and marketing expert. A cause for extreme jealousy among some of our east coast-based team members, Bo hails from the sun-kissed shores of southern California, where he grew up in the beautiful coastal city of Newport Beach, located in Orange County.

In high school, Bo participated – or rather dominated – in track and field, proving to be a phenomenal athlete. He was particularly talented when it came to the discus throw, an event he excelled in to the point of earning both the California state record and high school national track & field championship in 2006. He also competed in the World Junior Championships in Beijing, China in 2006 and was named a USA Today All-American.

Bo remained in California after graduating high school and relocated about an hour north of Newport Beach to continue his education, as well as his track and field career, at the University of California, Los Angeles. He competed for the Bruins for four years after being redshirted as a freshman and went on to graduate from UCLA in 2011 with a degree in history.

After graduating, Bo started making a living doing freelance digital marketing and web design projects. Bo credits his love of building things and messing around with new technology, as well as his self-professed nerd status, for getting him into web design initially. Once he started down said path, the fast-paced, ever-changing nature of the industry was enough to keep him interested, relishing the constant learning that is required to stay up-to-date within the industry and on top of his game professionally.

Seemingly set on being his own boss as opposed to more traditional means of employment, at one point Bo also owned and operated a pet service business that provided customers with dog walkers and pet sitters.

Bo began his professional relationship with Apsos Media in the summer of 2018 when he responded to an Upwork post made by the company’s founder, Matt Apsokardu. Shortly thereafter, Bo officially joined the team as a digital strategist.

Initially tasked with creating and managing Google ad campaigns for various clients, he quickly expanded his skillset in order to takeover Google Local Services set up and management as well. Asked what he liked most about working with Apsos, Bo stated, “My favorite thing about the company is that every one of the team members is an awesome person!  Everyone works together very well and is super helpful when you need assistance with anything.”

When he’s not putting his digital strategy and marketing expertise to work at Apsos, Bo’s hobbies include whipping up the occasional home brew and partaking in the splendor of the great outdoors. Overall, though, his favorite pastime is traveling. Bo likes to make the most of his time via new experiences, places, people and things. As such, he prefers making long road trips in vans and RVs as opposed to single destinations.

Bo eventually left California and ended up in Tulsa, Oklahoma for a time. After getting married in 2019, Bo and his wife took their large silver van – aptly dubbed Toto the Silver Bullet – on a cross-country road trip for their honeymoon.

The newlyweds drove from their home in Oklahoma all the way to Oregon and back, stopping at several national parks, monuments and other cool destinations along the way. Their van even has its own Instagram page dedicated to documenting the couple’s many adventures, which you can follow (@totothesilverbullet) to see all of the amazing places they’ve been.

After their honeymoon road trip, Bo and his wife permanently relocated to Oregon, where they currently reside. Just over a month ago on December 19, 2019, the couple welcomed their first child and are now proud parents to a beautiful baby boy. Bo is super excited about being a father, and he can’t wait for his new son to join in on the next family road trip.

As for future plans, with any luck there will be many more journeys to come for Bo and his family  (and their van). Since working remotely for Apsos affords Bo a great deal of flexibility in terms of his schedule and work/life balance, he should have plenty of chances to hit the open road again sometime soon. In regards to his professional life, Bo is content with where he is currently and doesn’t foresee making any major career changes in the near future. Bo says he loves what he does and hopes to continue doing more of the same moving forward.