Team Member Highlight: The Many Hats of Feliz Hall

The Many Hats of Feliz Hall

Feliz Hall is a woman who wears many different hats (figuratively speaking, of course) and bears many different titles, often simultaneously. At any given moment, she may be filling the role of a content creator, blogger, teacher, coach, super-mom, spouse, or any combination therein of all the above. It’s difficult to find a single word to accurately describe Feliz – almost as difficult as it will be to produce a single article encompassing all that she does.

But alas, we’ll give it our best shot.

Feliz is from the Cincinnati area originally, having spent the majority of her childhood in the Cincinnati suburb where she now resides with her own children (more on that later though – don’t want to jump too far ahead).

Growing up, Feliz excelled in athletics of the aquatic variety and developed a propensity for creative writing that would only grow stronger as her academic career progressed. She also swam competitively throughout her formative years and even played water polo for a time, eventually earning All-American recognition. By the time she was 16, she had already begun coaching other swimmers. As it turned out, her literary prowess and passion for the pool would carry over into adulthood and shape her professional life.

It’s also worth noting that Feliz would meet that man that would one day be her husband while attending high school in the Cincinnati-area, though the two wouldn’t become a couple until years later when they reconnected as adults.

After high school, Feliz left Cincinnati to attend Westminster College in New Wilmington, Pennsylvania. Once there, she initially enrolled as a broadcasting major before promptly switching to major in English. Never having lost her affinity for the written word, the new major was a comfortable fit for her, and she planned a career teaching the subject pending completion of her degree. However, after learning more about the somewhat limited career prospects for graduates with English BEDs, she switched majors once more to pursue a business degree.

After graduating and returning home to Cincinnati, Feliz worked as a temp in a series of different jobs for varying stretches of time, doing everything from managing the books at a firehouse to working in the office of a major cereal manufacturer. Eventually, this led to a temporary position with a company helping people who were laid off to improve their resumes and learn interviewing skills. The position provided her with skills she could in turn apply to her own professional pursuits.

Relocating to the Windy City, Feliz landed a job with a company in Chicago specialized in corporate education, essentially teaching management skills to other companies. It was then that Feliz reconnected with an old friend from high school and it didn’t take long for her to realize home was truly where her heart was. She made plans to return to Cincinnati, and not long after, she married her “old friend.” With both still having family living in the region, they figured what better place to eventually start a family of their own.

With no intentions of slowing down professionally, Feliz continued working in a number of positions that allowed her to utilize and expand her unique accumulation of background experience with business, management, English, teaching and HR. She was working in office management when Feliz added first-time mom to her resume, giving birth to a daughter. A few years later, she moved to a position working as a financial controller for a land development company. Just as the company sold its final land plot, her daughter officially became a big sister to her son.

It was then, Feliz decided to change paths with her career. She interviewed with a city for a position commissioned to redesign, rejuvenate and improve various aquatics programs and facilities. Despite the added chaos that comes with the territory for anyone working with multiple small children, her experience with the company was a particularly positive one, and she remembers her time and the people she worked with there fondly. The experience she gained managing such a large team of individuals led her to a new job in a similar arena, this time working as the HR director for a pool management company.

Feliz had never managed to stay away from a pool for too long. Among all the jobs she held at one time or another, her longest lasting professional role was and still is that of a swim coach. In fact, when in talks with new positions, she made sure that her coaching schedule would not be a conflict before accepting an offer. We’re not sure when exactly she slept, but between constructing a resume that’s as impressive as it is long, building a family and raising two kids, Feliz managed to coach a high school swim team all the while – a position she resumed upon returning home to Cincinnati and still maintains to this day.

Around 2018, Feliz’s career would take another turn. By now, both her kids were in school and she had an impressively lengthy coaching career under her belt, one of her most important and fulfilling roles ever was still to come (we wish this was the part where she joins Apsos, but we’ll get to how we fit in to the equation here shortly).

Not long after their son started school, Feliz and her husband quickly came to the conclusion something was amiss with their son and school. After talking with teachers, administrators, running tests, some soul searching, and public school, Montessori school, and private school attempts, they conceded the teaching methods used in most traditional school systems were not compatible with their son’s visual-spatial learning style. They determined  homeschooling would be the best option for ensuring their son’s academic success, as they could craft a more individualized curriculum.

Fortunately, the benefit this had on their son’s education was substantial. Nevertheless, making such a big transition possible required its fair share of hard work and sacrifice. Namely, Feliz traded in her full-time work life for that of a full-time homeschool teacher. Luckily, her background in teaching, her experience as a coach and her natural capacity for creative ingenuity gave her a big leg up when it came to filling this new role.

Feliz had never fully abandoned her creative writing pursuits, tinkering with the craft every so often over the years solely for the purpose of her own enjoyment. While her new role as her son’s primary educator proved to be plenty time-consuming, Feliz was already used to a packed schedule and an expert at making time for even more. As such, she used whatever free time she now had from home in order to pursue her writing more seriously.

Having been intrigued by the idea of blogging for some time, Feliz began exploring the medium which had grown exponentially since her days as an English major to become the standard outlet for aspiring writers. In doing so, she prompted two major developments that coincided with her new lifestyle.

One of these major developments was a blog she launched dedicated to documenting her and her son’s experience with homeschooling. Titled Homeschool by Accident, Feliz had the idea for the blog after finding the vast majority of parents homeschooling did so by choice for religious, cultural or social reasons, and had always planned to do so. Feliz, on the other hand, never planned to homeschool her son and only did so after realizing it was in his best interest – not for religious, cultural or social reasons but because it could help him learn more and give him an overall better education.

Since parents like herself were in the minority, pertinent resources for people homeschooling under similar circumstances were few and far between. As such, she knew documenting her experience could be valuable for her own purposes and for any parents in the same boat as her and her family. Thus, the aptly named Homeschool by Accident was born. The two also have an Instagram and Facebook page under the same name.

The other major development that arose from Feliz’s return to writing came in the form of new professional opportunities – specifically, the chance to get paid for blogging. Around the time she started Homeschool by Accident, Feliz met up with a friend from her pool management job named Mitko to talk blogging.

In addition to being a blogger himself, Mitko had developed a solid career in digital marketing since his days in pool management, and was by that time already working as a project manager for a fast growing digitally based company called (drum roll please…) Apsos Media! (If the name Mitko sounds familiar, that’s not a coincidence – he was featured in our first ever Team Member Highlight on this blog).

A few months after Feliz informed Mitko of her foray into blogging, Mitko reached out to her asking if she wanted to join the Apsos team as a content writer. After learning more about the company’s remote work set up and what the job entailed, Feliz graciously accepted the job offer and officially became an Apsos team member. She’s been putting her talents to work for us ever since writing blogs and articles for various Apsos clients.

Thanks to Apsos allowing her to choose where she works, when and how much she works, Feliz can still be as flexible as she needs to be for everything else in her life. When asked what she likes most about working with Apsos, however, Feliz brings up the other team members and the company culture. She  is constantly surprised that a group of remote workers, most of whom have never met in person can produce such a personable, collaborative and communicative atmosphere.

Now two years into her homeschooling journey, Feliz continues to share the experience via her blog, having since met plenty of other parents in similar circumstances. And while she doesn’t track her readership numbers, she does appear to have developed a dedicated core audience – one that almost certainly grew when the Covid-19 shutdowns saw most of the nation’s parents thrust into similar circumstances and “homeschooling by accident”, as it were.

Although life has turned on its head since the pandemic hit, Feliz is making the best of the situation and realizes she has a lot to be thankful for. For one, she was quicker to adapt than most would be thanks to having homeschooled one of her two children the year prior. And thanks to her job with Apsos, she was already equipped for the work-from-home lifestyle.

Additionally, the quarantine slowed down her hectic parenting/teaching/working/coaching schedule and gave her time with her kids and husband that she wouldn’t have otherwise. She’s even been working on a quarantine project with her kids that’s documented as a new series on her blog.

For now until the foreseeable future, Feliz is staying positive and going with the flow. She’s eager to get back to coaching which has been canceled for the season due to COVID restrictions. Happiest when hectic, only time will tell what new projects and professions she’ll take on next, but we’re sure she’ll find something to keep her busy.

As far as how she manages to make time for everything she does… we still have no idea whatsoever how she does it (seriously… none.). That said, we’re honored to have her on board the Apsos Team, and we sincerely hope she can make the time to contribute her talents for years to come!

To learn more about Feliz and read her blog, visit https://homeschoolbyaccident.com. 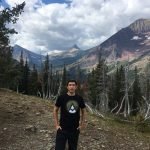